Science and the Environment

DotNetSurfers Blog - My Dot Net Developer’s tools list, and more… – Useful collection. I picked up a few new ones I didn’t know about like LibCheck.

Microsoft releases Windows Vista SP2 - The update also includes Windows Search 4.0, which is the latest version of Microsoft’s desktop search client, plus improved WiFi performance after resuming from sleep mode. Should be “pushed” via Windows Update around the end of June.

tinySpell: the spell check tool for apps that don’t have spell check - Tell tinySpell which apps to pay attention to and which to ignore. You can use it to check your spelling in real time as you type, or you can check in batches by copying your text to the clipboard.

Outlook Attachment Reminder - Never Forget an Email Attachment Again - Attachment Detector plug-in on Office Labs will pop-up a message if you accidentally try sending an email in Outlook that is supposed to contain file attachments.

Lifehacker - FAST is a Geeky Command-Line Database - Command Line – An old school approach to saving those little scraps of information in our daily lives. Sync it with Live Mesh and you’ll have it on all your devices.

Bing.com - A Video Tour of Microsoft Bing Search – Nice to see some actual “competition” in the search engine arena. Won’t displace Google’s dominance but like all good competition, it raises the bar considerably.

Official Google Blog: Went Walkabout. Brought back Google Wave – The “buzz” on the Internet is that this the next big thing in email/social media. I don’t quite get it but then again, I didn’t get Twitter at first. 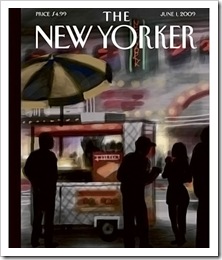 Gizmodo - Zune HD Hands On: Photos and Video Tour - Zune hd preview – The Zune HD is shaping up to be a very nice looking device. Some say it’s a real competitor to the iPod Touch.

plastic logic ebook on Vimeo – A new eBook reader that is aimed at business documents. The video is a bit odd but device is just awesome.

Pick of the Week

CCleaner - Formerly Crap Cleaner, it does just that. It cleans the crap out of your system and does it better than anyone else. It’s also free.