Having recently bought a TomTom GPS, I was unsatisfied with the “suction” mount. It worked but occasionally failed and the GPS unit was too far way being on the wind shield. There a number of after market mounts ranging from more advanced “suction” mounts to mounts that attach permanently to the dash (or seat post).

My Toyota RAV4 is typical of most modern cars interiors. Everything is curvey and round with few “flat” sections that would allow for easy mounting. I also didn’t want to permanently alter the interior. In the end, I settled on a “vent mount.” These mounts clip to the dash vents, cause no marring, and can be quickly removed leaving no tell-tale traces that an “expensive device was here.” Let’s start with the mount itself. 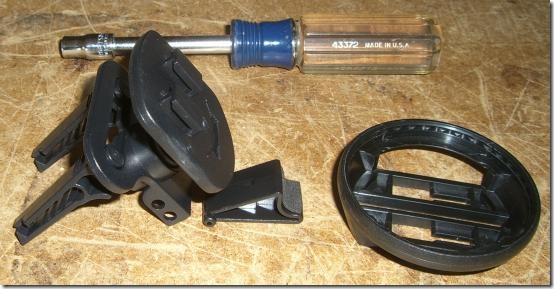 It looks a bit odd, but it’s design is carefully thought out since it has to adapt to any number of dash vent configurations. I removed the articulated stand-off because it was not suitable to my installation.

I probably spend 15 minutes or so trying different vent slots, driver vs. passenger side and vertical angles. The instructions that come with the clip are lame. For instance, I discovered later that the face plate could be rotated in 30 degree increments by depressing the main column in the back. I didn’t need it for my purposes but it would have been handy to know.

For my preferences, the bottom vent on the passenger side was the best location. 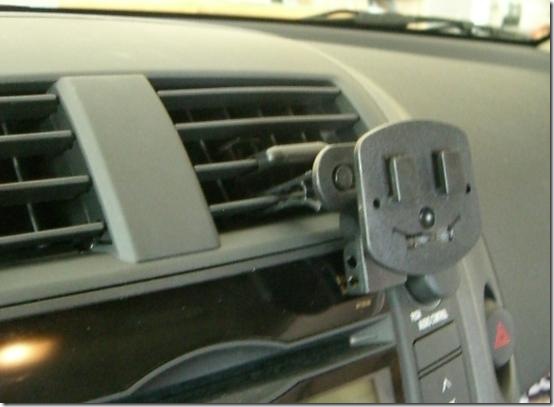 Because the bottom of the unit rests on a portion of the dash, I wrapped it in black electrical tape to reduce the possibility of marring.

The unit comes with an adapter plate that connects the GPS unit the face plate of the mount. It feels a bit flimsy, but in practice is makes a solid connection. 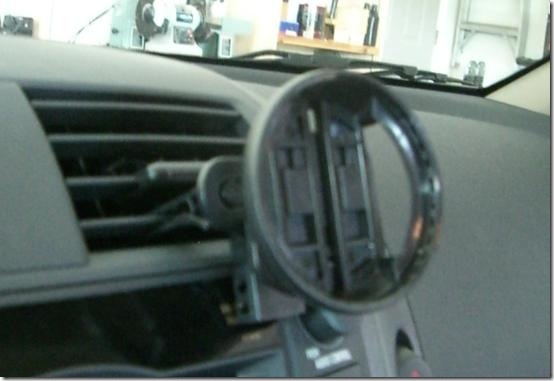 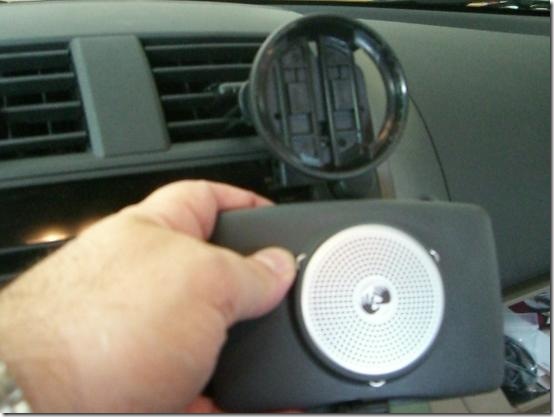 As you can see from the, picture, the mount as applied, has a negligible impact on the function of the vent. 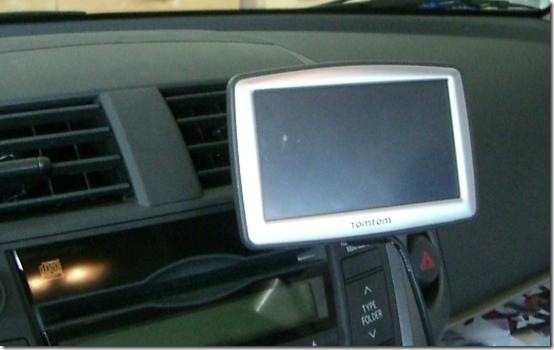 Total cost for the mount was $13.82 including shipping from WWW.MountGuys.com.

One final piece of advice. If you can, avoid the universal mounts and look for mounts that are specific to your device. The universal type mounts usually employ a “cradle” which adds bulk and may not be as secure a connection.