Episode 33: Getting the Scoop About Olso and M with Shawn Wildermuth : Deep Fried Bytes Technology Podcast - In this episode listeners will get some real world examples and use cases for using Oslo and M along with a clearer understanding about DSLs and what the future may hold.

VS Addin: Fast Add Reference Dialog - No more Coffee Break! – The buzz is that this extension rocks. Haven’t tried it myself yet but anything has to be better the current VS implementation.

CodeProject: A Project Dependency Graph Utility For Visual Studio 2008 – Here’s what looks to be another cool addin for VS 2008. The author, Marc Clifton is well regarded and has several very good article on Code Project.

TestDriven.Net 2.22 RTM - What’s New? – If I could only have one addin in Visual Studio, this would be it.

Use The Command Prompt To Open And Display Folder Contents In Windows Explorer – It’s as easy as “start .”

InfoQ: Opera Unite Gives the Power Back to the People - Opera Software has just released the latest version of their browser, Opera 10 Beta 1, incorporating a server technology called Opera Unite allowing users to directly connect to each other to share data and communicate without an intermediary running the necessary services for them.

Science and the Environment

Riversimple to Unveil Open Source Car in London This Month - The company plans to unveil its first car in London later this month, a small two-seater that weighs roughly 700 pounds. If you agree to lease one for 20 years (yes, 20), Riversimple will throw in the cost of fuel for the lifetime of the lease. 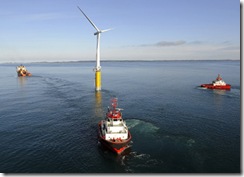 CT Scan Nearly As Good As Regular Colonoscopy / Science News – Having just had one of these the CT option would have been much more pleasant.

Most Efficient And Stable Source Of Pure White Light Ever Achieved - Researchers are reporting the first use of a fundamentally new approach in the quest to snare the Holy Grail of the lighting industry: An LED (light-emitting diode) — those ultra-efficient, long-lived light sources — that emits pure white light.

Imagine Google Living Inside Your Home - If Google were a real human being who happened to live in the same apartment as you, will that make your life any easier? Well, this video might give you a clue.

Explore Google Search – Google posts a page about it’s search features in response to the recent surge in popularity of Microsoft’s Bing search.

Lifehacker - Microsoft’s Browser Comparison Chart Offends Anyone Who’s Ever Used Another Browser – Insulating and irritating are the two words that come to mind when I read this chart. Microsoft FTL. 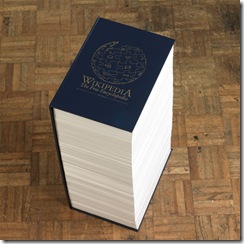 Wikipedia as a Printed Book - Seriously! – This Wikipedia book has some 5,000 pages and it’s a compilation of 400+ featured articles all picked from Wikipedia. Now this is some serious bookage…

Pick of the Week

Ted Notepad - TED Notepad is a chrome-less freeware text editor. It offers 197 text-processing functions, innovative features and other advanced tools. All of them on hotkeys; all designed for quick advanced editing. This light-weight portable notepad replacement fits on any USB flash disk and loads instantly with no installation required. What I like about this editor is how darn fast it starts. Faster startup than Notepad. Lacks regular expression search/replace and syntax highlighting but the speed more than makes up for it.